What Is Bevel Cut & Uses? Method 2 Will Surprise You :)

A bevel is usually an angled cut relative to the face of the piece of wood or material being cut.

These angled cuts can be either cut at the end of the wood or cut along the entire side of the plank of wood.

A bevel cut can be made using various tools, including a jigsaw, a router, a circular saw, and a table saw.

However, a jigsaw is not considered significant because it does not reflect accurate results,

However, beveled edges are not just for decoration. It is also a common approach in joinery and a careful process employed to fit moldings.

A Bevel Cut Is not a Miter Cut.

Find Your Interest show
1 A Bevel Cut Is not a Miter Cut.
1.1 Best Ways to Cut a Beveled Edge.
1.2 Bevel Vs Miter: What’s the Difference?
1.3 Related posts:

A miter cut is also an angle cut, just like a bevel cut, which most carpenters often make.

A 45-degree angle at the edge of a trim board for a window or door is the most common miter cut.

Moreover, a miter cut does not change any angles associated with the face or the wood’s edge.

Two wood pieces that form a 90-degree angle have parallel edges because the blade angle that cuts the miter is perpendicular to the face and parallel to the wood’s edge. 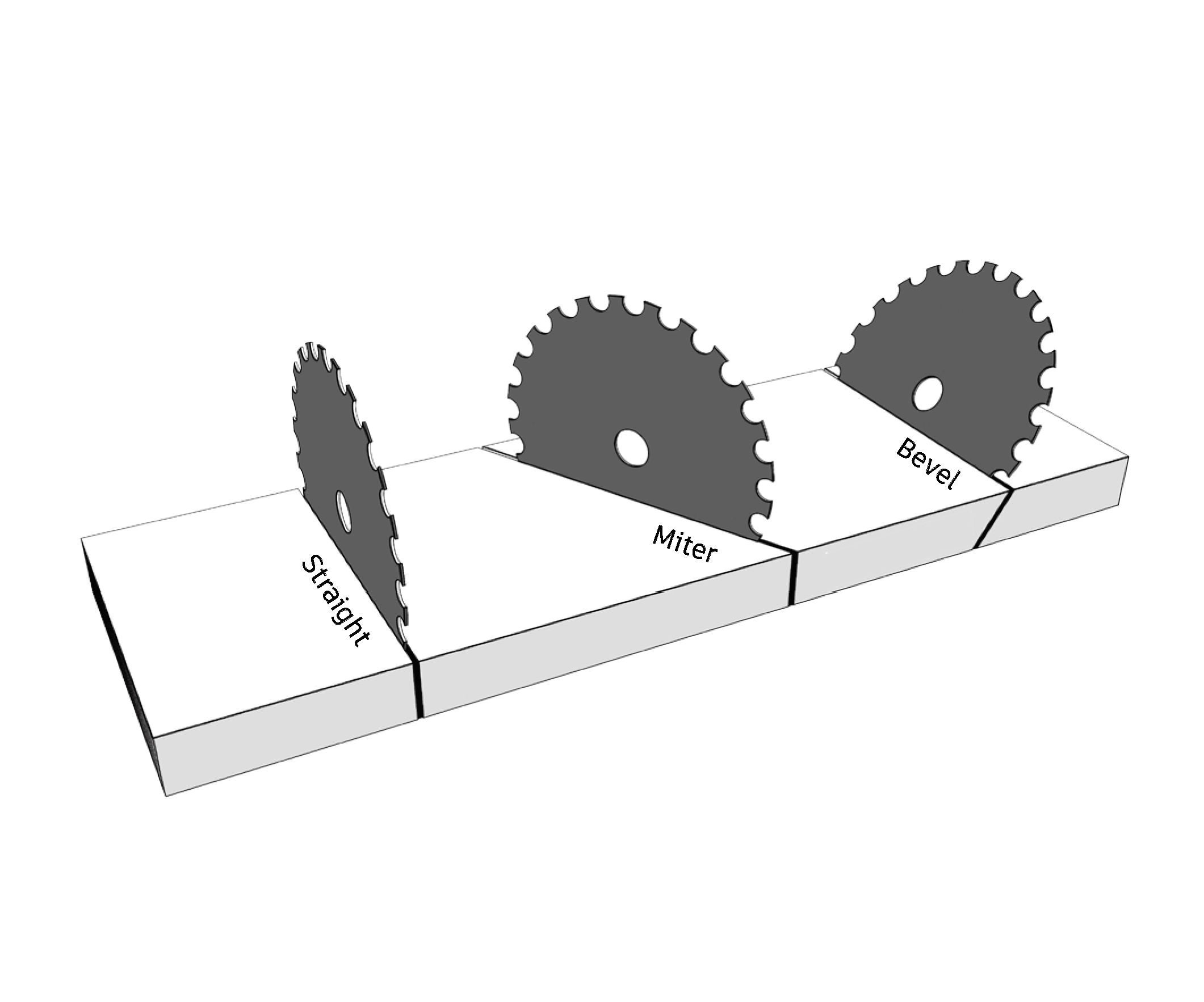 It would be best if you changed the blade angle about the face and edge of the wood you intend to cut for you to make a proper bevel cut.

You can use a compound miter saw that has blade angle alternations in two distinct planes.

You must first rotate the miter saw on its vertical pivot to establish an appropriate miter angle. Then set the bevel angle by rotating the saw on its horizontal pivot.

This process is often used by finish carpenters in crown molding and installing baseboards.

A compound miter saw is ideal for beveling the edges of a piece of wood.

However, this tool is not appropriate for beveling along the wood’s length, which requires a router, a circular saw, or a table saw.

It would be best if you did some calculations to establish the accurate angle you need.

The angle adjustment control on the front of your saw can be leveraged to make an appropriate bevel cut with a table saw.

It is essential to check the blade angle with a bevel or a protractor because the scale used to control the angle is not always accurate.

Push the wood through in the correct bevel angle once the blade angle is established.

Using a circular saw, you can split a bevel with an adjustment that allows you to change the blade’s angle.

Clamp the wood firmly to a workbench, check the blade angle with a protractor or bevel, and cut slowly for accurate results.

You can use a router, and an angled cutting bit called a chamfer bit to change a wood piece’s edge to a beveled edge.

Ensure the wood is clamped steadily to a bench and use a bit with the desired angle to shape the edge and produce the desired bevel angle.

Bevel Vs Miter: What’s the Difference? 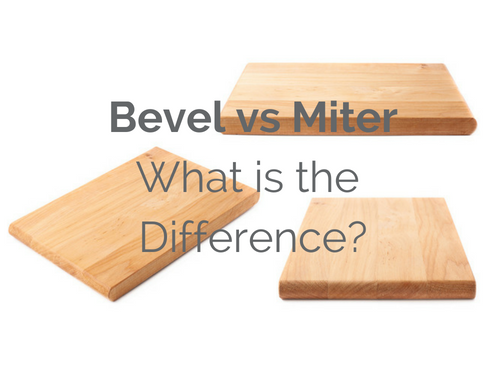 A miter cut means that you’re changing the angle of cut from a perfect 90° crosscut or rip cut to another angle across the top.

You are cutting an angle that moves through the material from front to back since you’re changing the horizontal angle.

A standard cut is making two 45° angles so that your material comes together to make a perfect 90° connection, for example, when connecting two sides of a picture frame.

On a miter saw, you unlock the table. You pivot the motor and blade to the angle you want to cut.

Your material still lies in the same position, no matter what miter angle you want.

It includes a miter guide that changes the material’s angle while the motor and blade don’t move.

The blade will entirely cut perpendicular to the table surface regardless of which saw or miter angle you’re using.

A bevel cut moves through the board at an angle from top to bottom by allowing the blade to tilt left and right from its 90˚ angle to the table surface, which is a change of the blade’s vertical angle.

You might use two 45° bevels to bring a pair of baseboards together in a corner.

For bevel cuts, the motor and blade tilt to make the bevel rather than the material or table surface.

The exception here is using a free-standing or benchtop band saw – these may have a table that tilts so you can cut a bevel.

Jigsaws, track saws, worm, and warm drives can be used to bevel cuts as well. With them, you’ll adjust the angle of the shoe to cut your bevel.

The bevel cuts are difficult to achieve with precision using the hand tools since they are made using power tools.

Some of the saw gauges are not giving a perfect bevel cut saw.

Alternatively, a protractor can be a useful instrument in measuring the exact blade angle.

Ensure that you erect the fence in a manner that that ensures you avoid kickbacks by tilting the blade away from the wood.

Also, unplug the saw in this procedure for safety reasons. Moreover, get a perfect idea of what is bevel cut by using the miter cutter.

Hello guys,
This is Michel. I just love machine items. Basically I am a woodworker. That’s why I need different kinds of power tools for my projects.
I know which type of machinery tools are the best for your projects. Read my reviews. It will help you a lot to understand the basic functions of the tools.
Thank you.

Hello guys,
This is Michel. I just love machine items.
Basically I am a woodworker. That's why I need different kinds of power tools for my projects.
Read my reviews. It will help you a lot to understand the basic functions of the tools. Thank you.

How To Install Over The Range Microwave

We are the Tools & Machine reviewer.

We are here to make your buying comfortable. You will not regret anymore. If you have fixed item on your mind & don’t know the exact quality.

Feel free to mail us. We will make a review for you.

Facebook-f
Twitter
Pinterest
We use cookies to ensure that we give you the best experience on our website. If you continue to use this site we will assume that you are happy with it.Ok